The National Tax Research Center(NTRC) – a body under the Department of Finance – is urging the increase of the “qualifying fees” to prevent low-income earners from irresponsible gambling.

In the Philippines, every local who wishes to enter a casino has to pay PHP100 ($2) to the Philippine Amusement and Gaming Corporation (PAGCOR) according to current rules. However, if the 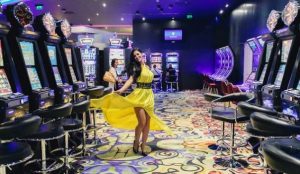 newest proposal of NTRC’s gets through this number might very well go up to PHP1,500($30). (The casinos are completely free for foreigners in the country.)

The NTRC argues that this change in the pricing would help to solve the problem of the poor gambling way too high compared to their financial potential. They think this fee of $2 (which hasn’t been raised since 1993) is extremely low and therefore should be raised by a 1,400% margin. Its paper also added that requirement for locals to have proof of gross income of at least PHP50,000 a year  “in practice, (…) is neither observed nor imposed”.

They also argue that this jump in the prices would have a great effect on state revenues. The qualifying fees earned the state P14.4 million ($279,160) in 2016 and the NTRC believes this number could go up to P556 million ($11.1 million) with the changing prices.

In its report, called Proposed Imposition of Casino Entrance Fee, NTRC said that the government could benefit from accepting its advice and would be able to achieve “the golden age of infrastructure” – a P227-billion project aiming to construct the country’s first subway system. 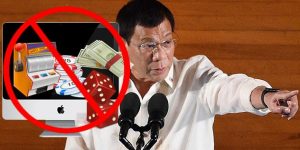 In December, the president of the country, Rodrigo Duterte announced that he will eliminate all internet gambling. He said “I was mad because even the youth are gambling and there was no way of collecting the proper taxes. I will restore online (gambling) provided taxes are correctly collected, and they are situated or placed in districts where gambling is allowed, which means to say, not close to churches or schools.”

This move by the president will likely help the growth of the casino industry. Local casino mogul, Enrique Razon, has already announced his plan to invest $420 million in Manila.

2018 will certainly see a great rise in gambling-related revenues in the Philippines as the opening of Okada Manila could boost the growth to 32% – according to Morgan Stanley analysts Praveen Choudhary and Alex Poon.

It looks like betting on live casinos in the Philippines will be the safest bet for gamblers.