The winners were pretty secretive, as they didn’t disclose many details about themselves. 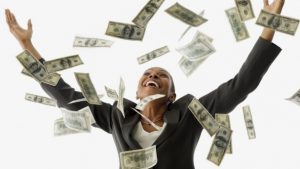 The mysterious winners won the whopping amount of cash this Wednesday. They said to be financial workers in downtown Montreal.

The reporters obviously wanted to find out more about the winners. When asked if they were already wealthy before the win, they replied: “it depends on how each of us defines (rich).”

Another winner said: “Money doesn’t create anything. We were comfortable.”

The first of them to found out how lucky they got was Enzo Scattone, who checked the numbers on the internet after waking up. The moment he realized what happened he started crying. “Yeah, I cried. I thought of a lot of things, of my family.”

The winners told reporters, it will take some time for them to evaluate their future plans, but the money won’t change their life goals.

Each of the nine players played a $20 ticket. Lotto-Max is a Canadian lottery with the maximum jackpot of $60 million.

The lucky players managed to beat the odds of 1-to-28.6million.