When it comes to movies about gambling, poker or casinos most people automatically start to name the most known pieces like Casino with Robert De Niro and Joe Pesci or the Rounders with Matt Damon and John Malkovich. However, if you’re a true gambling fan here are some special movies you must see.

The Sting is a must-see movie for all gamblers around. It’s an old-school movie from the 1970’s starring Academy Award winners, Paul Newman and Robert Redford.
SPOILER ALERT
Johnny Hooker is a small-time thief and con artist who specializes in card tricks with his partner to cheat unsuspicious passersby. When they accidentally trick a mobster out of his money they quickly find themselves in some serious trouble. Johnny asks his friend, who’s well-known in the swindler-world, Henry Gondorff for help. The two plan on pulling the biggest scam in their lives by gypping mafia boss Doyle Lonnegan. 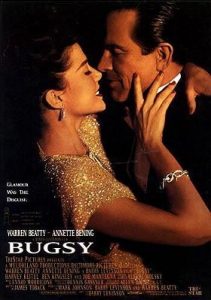 Today Bugsy Siegel is often called the father of Las Vegas. “Las Vegas would probably not be what it is today without Bugsy Siegel ”
– Jim Keily, Professor of U.S. History, East Los Angeles College

Benjamin “Bugsy” Siegel was a Jewish-American mobster. Thanks to his charisma and charm he quickly became the first front-page celebrity gangster. However, “Bugsy” was also quite successful at what he did. The similarily named movie from 1991 – starring Academy Award winner Warren Beatty – focuses on his life of fame, crime and gamble. 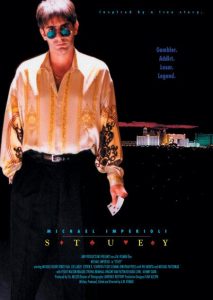 Stu Ungar. If you think you’re a true gambler but this name doesn’t ring a bell, we have some bad news for you. However, if you want to learn about the best gin-rummy and poker player of all times keep reading.
Stu Ungar died at the young age of 45 but thanks to his prodigy-level IQ and total recall, this time was enough for him to become the uncontested king of gin-rummy, a 3-time champion of the World Series of Poker Main Event as well as the Super Bowl of Poker and also a persona-non-grata in several casinos because of his unique card counting skills. Many believe that Ungar could make it even bigger if he didn’t make a deathly friendship with cocaine.
The 2003 movie, starring Michael Imperioli, about his life clearly shows the tragedy of a doomed genius.