The US pro wins the $2,650 event once again after beating Blair Hinkle in an epic heads-up match. 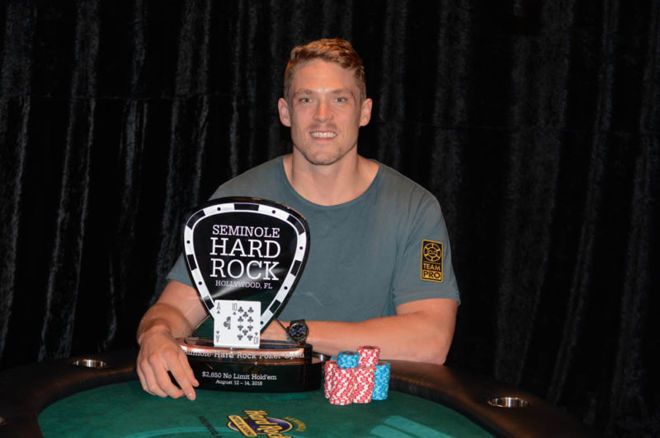 “It was pretty crazy, it was a really long heads-up match,”

Last year, Foxen outlasted 394 opponents to claim the title and the $204,600 coming with it. He entered a 422-entry strong tournament this time and managed to be the last man standing once again!

Alex and former SHRPO champ Hinkle battled for several hours, with the chips going back-and-forth. The two racing in the last hand of the tournament, as Hinkle held pocket deuces against the ace-ten of Foxen’s in a pre-flop confrontation.

A ten on the flop reduced Hinkle’s outs to only the two remaining deuces, and he couldn’t manage to catch either of them.

“It was pretty crazy, it was a really long heads-up match,” Foxen told after the tournament. “I’m exhausted from that but it’s an amazing experience to get to go deep in this one again, and I managed to get the right cards in the end and win it.”

It looks like Alex is not affected by the controversy, he and his girlfriend created not so long ago and keeps playing his best at the tables.