Some call it luck, some call it destiny, others believe in their strategy. The only thing certain is some gamblers have made it big at the casino tables. Here is the hottest winning streak the gambling world has ever seen. 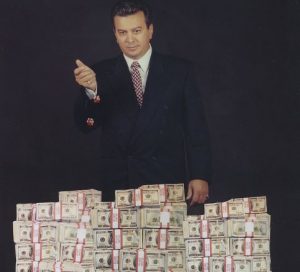 Archie and his daily routine

Archie Karas is a Greek American high stakes gambler and pool shark. He had the largest and longest winning streak in casino history. Archie was born in 1950 in Greece. He grew up in poverty and decided to move to the US to try his luck. Literally. Karas started working at a Los Angeles restaurant. He quickly became a regular guest of the local pool hall and eventually made more money playing pool than he did by working. When his opponents lost interest in playing (and losing constantly), he started seeking other ways to gamble and ended up playing poker in the LA card rooms. After a few ups and downs, Archie managed to build up a bankroll of $2 million only to lose all of it. With his last $50 he decided to turn to even higher stakes. What happened next is history.

It only took another 3 months to accumulate a total of $7 million. By this time Archie made a reputation in the Las Vegas gambling community. Only a selected few players could bear the stakes he was offering. Legendary gamblers like Johnny Moss, Stu Ungar or Puggy Pearson were amongst Archie’s victims. He only had a few losing sessions. Karas says Doyle Brunson was the only one who was able to win against him.

During this period Archie ran up his bankroll to $17 million but it was getting harder for him to get action. Once again in his life, he had no one to play against.

The Greek started looking for other action and he found dice. He started off with $100,000 limits per roll, which were quickly raised to $300,000.

He became an attraction for masses as people were standing in lines behind him while he was playing. The ‘king of the gamblers’ soon had to face problems no gambler has ever faced. It became a serious issue for him to transport his winnings from the casinos. As he was carrying millions in cash in his car on a daily basis, he always had a gun in his trunk and was escorted buy casino security. At one point Archie had every single $5,000 chip in his box at the Horseshoe casino. He’s winnings were totalling $40,000,000.

His winning streak came to an end in 1995 when he lost most of his fortune in three weeks. $11 million slipped away when he was playing dice and another $2 million playing heads-up poker against Chip Reese. After these huge hits to his bankroll, he turned to the baccarat tables and lost an additional $17 million. His combined losses amounted $30 million.

Archie decided to take a break and returned to Greece with his last $12 million. However, he couldn’t slow down and decided to give Las Vegas

another shot. He went to the Horseshoe to find the highest stakes possible. It didn’t take long for him to lose everything but his last million.

Not surprisingly Archie couldn’t quit the action and decided to play against legendary poker player Johnny Chan. He beat Chan for a million only to lose it back playing dice and baccarat.
After this period Archie could never make a comeback. He had some smaller wins but those didn’t reach the level he used to play. However, he’s still around in Vegas playing smaller stakes poker tournaments.

Even though Archie’s run came to an end eventually, he’s story clearly shows how anything can happen on the green felt. His legend will certainly live on forever in the world of gambling and his name will never be forgotten.