Wynn Resorts has announced the step-down of its long-time CEO following the accusations of sexual misconduct. 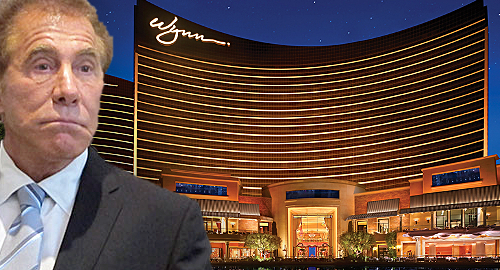 Dozens of women, including Wynn Resorts employees, have been accusing the legendary casino-operator of assaulting them sexually. Although Wynn denied the allegations in a written statement, he already resigned from his finance chairman position for the Republican National Committee.

“The idea that I ever assaulted any woman is preposterous. We find ourselves in a world where people can make allegations, regardless of the truth, and a person is left with the choice of weathering insulting publicity or engaging in multi-year lawsuits,” – said Wynn in his statement.

According to the Wall Street Journal, the accusations included oral-sex requests, intimate massages and one of the victims alleged, she was forced to take her off. After the bombshell report from the WSJ, plenty of additional reports saw daylight, one involving a paternity claim.

Gaming regulators in Nevada initiated investigations and it became clear that Wynn as CEO is jeopardizing the casino behemoth.

“It is with a collective heavy heart, that the board of directors of Wynn Resorts today accepted the resignation of our founder, CEO and friend Steve Wynn,” non-executive director of the board Boone Wayson said in a statement. Wayson went on by saying: “Steve Wynn is an industry giant. He is a philanthropist and a beloved leader and visionary. He played the pivotal role in transforming Las Vegas into the entertainment destination it is today. He also assembled a world-class team of executives that will continue to meet the high standards of excellence that Steve Wynn created and the Wynn brand has come to represent.”

The scandal has a huge negative effect on the gaming operator, in Hong Kong, even the trading of Wynn Macau shares was paused.